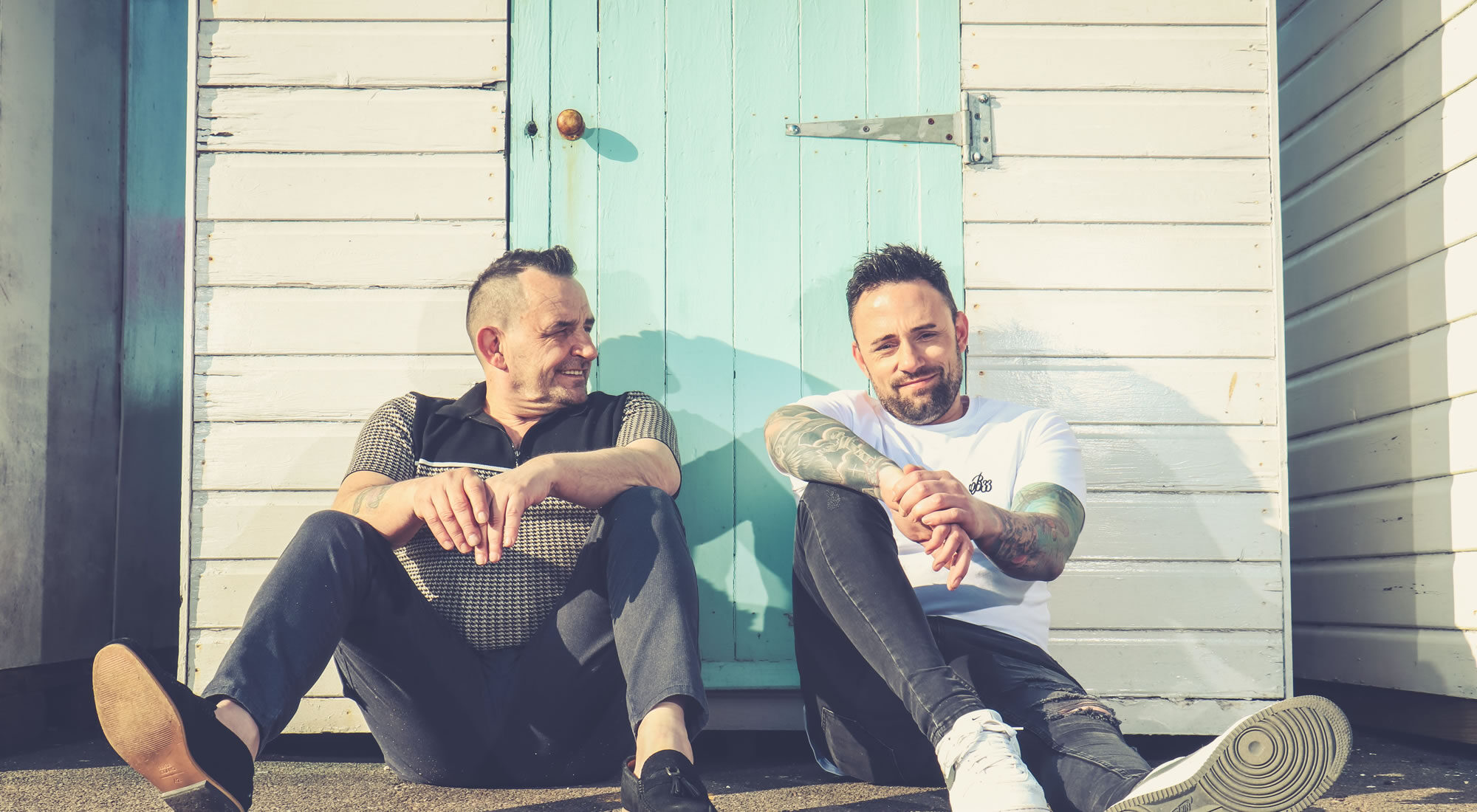 LockeStock is a father and son duo. With their soothing style of contemporary pop, have come together again reigniting their passion.

Kevin’s musical journey started at a young age when he took up an interest in DJ’ing. At the age of 14, his father took out a loan to buy Kevin’s equipment with the promise he would pay his father back. Kevin’s Father also chaperoned him to all his gigs as he was a minor. In no time at all Kevin took to DJ’ing as a Duck takes to water. He hit the ground running, became so popular at 14 that he paid his Father back within just a few short months.

Kevin was becoming a very popular entertainer and the more popular he became, the more entertaining he became, eventually taking up the moniker of ‘Kev the Gerbil’ and becoming famous around Somerset and beyond!

He eventually incorporated a naturally newfound talent with his singing which eventually led him to semi-retire on DJ’ing to concentrate on becoming a singer/songwriter.

Kevin went on to write a number of tracks and record them in various studios around Europe one of them being ‘Promised Land’ under his artist guise of ‘Scott Wilder’. This is when some of the larger record companies were starting to hear of Kevin’s talents. Just as the offers were coming in, Kevin received the news that his partner was pregnant with his first child so he decided to put the music on hold to take care of his family. Kevin went back to DJ’ing whilst he was raising his family until one day Alex came to him aged 14 with a few friends and started singing in his lounge. Kevin then realized there was something within this group of young lads so he focused all his attention on managing this group as a boyband.

Kevin managed this band for several years as they were gaining a rather large following and started touring around Europe until when they all into their early 20’s decided to call it a day to pursue other interests.

This is where Alex’s journey starts a new chapter! With the boyband, he toured and played with the likes of ‘Atomic Kitten, Blue, Paul Young, Bros, Brian Harvey, and Precious’ just to name a few.

He performed at ‘Popkomm’ in Germany, Battersea Park in London among many UK tours. He even performed on TV for Thames productions.

After the Boyband, Alex went solo and he worked with Producers such as Paul Varney and even the Sugababes production team again performing at many gigs and recording in some of Europes greatest recording studios before taking a break to raise a family.

Alex is now back with his own recording studio where the new release ‘Mind Blowing’ was recorded and produced. In the last few years, Alex has mainly focused on Songwriting, production, and engineering after qualifying as a music engineer at college.

Both Alex and Kevin have had their fair share of experiences in the music industry, especially when it comes to behind the scenes with jokes, pranks, and overall fun.

For example, when Alex was in the boyband, they were in a German Hotel just about to leave until Kevin asked to use the lad’s room toilet. The maid just happened to come by, asked if the room was empty so the lads thought it would be funny to not tell her that Kevin was in the bathroom. You can imagine the maid’s reaction when she opened the door with Kevin sat on the toilet. Kevin was not impressed. He did however get the lads back on one occasion he spoke of, saying that driving the tour van he deciding to fake a breakdown on a dark country lane. He got out of the van and told the band to stay inside. Kevin then disappeared out of sight for a while panicking the lads so when they all put their faces to the windows, Kevin jumped up with a horror mask on and absolutely scared the living daylights out of them. “Revenge was sweet,” Kevin said.

Kevin and Alex are back together as Lockestock to write, record, and produce all their own tracks to share with the world. They have many stories to tell and share.